I attended a fine arts middle and high school, where I learned how to dance, how to draw, how to sculpt, and how to make films.  It was engrained in every class, including my science courses.  For example, in eighth grade, as part of a project on oceanography, we were each assigned a sea animal to create an art project about.  I got the squid and spent long hours creating a squid out of paper mache, suction cups, paint, and who knows what else.

I attended a fine arts university and joined the film and television program, focusing on writing and editing, as well as sound design.  Because of monetary issues, I left with only 1 semester to go, then working retail for 5 years until I could be considered “independent” and get federal loans to go back to school.  I also did some freelance work, photography and web design.

My undergraduate degree is in chemistry and biology, and I’m now a graduate student of Cancer Biology at University of Arizona.

When people hear about my art life, they always say “Wow, that’s a big jump. How did you move from art to science?”

My answer is usually simple, “They are the same thing, and I think the best scientists have amazing creativity.”

The best scientists have amazing creativity

When I watch documentaries about science or see posts on social media about science, I often get the feeling that I’m alone in this thought.  That we, scientists, are supposed to be extreme realists, letting logic dictate our every move and thought.

Many people are surprised when I use science and creative in the same sentence.  But I think there’s a critical link between exploring Nature through science and having an ability to think outside the box (creativity).

I’m not alone in this.  I know many scientists who are amazing artists, great authors, and in general have wild imaginations.  Some of my favorite scientific conversations are complete conjecture, and then backtrack into how one would even get evidence to support said conjecture.

How does being creative help us do science?

I’ll use biology, which I know the most about, as an example.  In biology, many of the things that we study are too small to be seen.  Even with powerful microscopes, there are limits to what we can see.  The best microscopes, those that can see the tiniest things, often can’t view something alive.  There are, of course, limits to how small an object we can see, but also limits to the conditions that we can see things in.

So how do we even start to answer questions about things we can’t see?  We devise experiments, several different types of experiments, that all come at the question from a different angle.

Let’s say you see a mountain and it looks flat at the top, and you hypothesize that the top is perfectly level.  Perhaps it’s too steep to climb.  So perhaps, you could throw something round to the top.  If it rolls back off, perhaps the top is sloped back toward you.  If it doesn’t roll back off, does that mean it’s perfectly level?  No, perhaps it has a bowl-shaped top.  So we need to come up with another test.

Science is this way.  We have a hypothesis, an educated guess based on previous evidence, and we have to figure out ways to manipulate the system (throw something round to the top of the mountain) to get more evidence.  We then try to put all the evidence together to come to a conclusion.

All of this requires creativity.  It’s difficult to look at a problem and figure out many ways to get information about it.  It requires us to know what options are available, how we can manipulate those options, the limitations of those options, and more.

Can there be too much creativity?

I believe that imagination and creativity are among the most important parts of being a scientist.  I also believe they must be balanced by critical thinking and logic.  The key to everything, in my opinion, is balance.  As scientists, we must be willing to evaluate scientific questions using only the available evidence, trying not to be biased by what we want to be true.  At the same time, we must be open to the vast universe of possibilities that await.  We must be open to the inspiration that exists in fantasy, in science fiction, and deep within our own minds.

What is your creative outlet?  How do you feel creativity helps you do science?

If you’re not a scientist, what are your dreams for a scientifically advanced future? 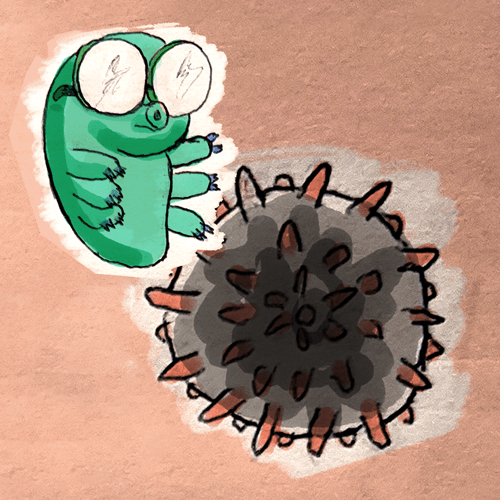 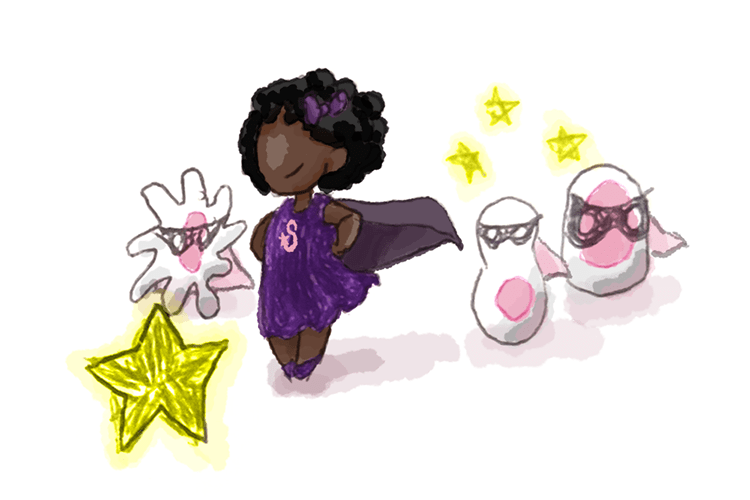 Creating the visuals for a Lifeology course isn’t always a linear process. Here’s a behind the scenes look at my “How Does Cancer Grow?” course.

In part 3 of this series on alternative careers in science, we’ll focus on science communication. From public relations to medical writing, get all the details.

In a previous post, I talked about academia not being designed for people who have depression, anxiety, etc to succeed.  I also spent some time talking about imposter syndrome. This particular post is the second in a series about careers other than being a research advisor (PI) or even being a researcher in industry. Part 2 in a 3 part series.

It’s time to get started on making your first infographic!