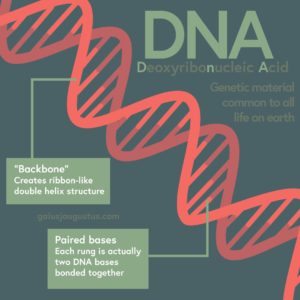 At the very core of making living things work is DNA, which stands for Deoxyribonucleic Acid.  DNA is just a  molecule, made up of different parts held together in a ladder-like structure.  We call this structure a double helix.

DNA holds the genetic material that tells our cells how to make all the things we need to make.  When that genetic material has an error, it can lead to all sorts of things.  Some errors have no side effects at all, but others cause disease. 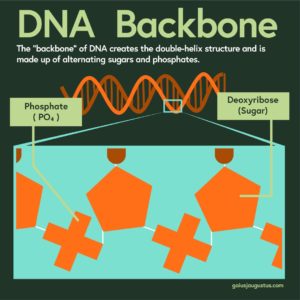 The double helix structure is held together at the BACKBONE, which is actually just an alternating pattern.

The first part is a PHOSPHATE, which is made up of a central phosphorus and 4 surrounding oxygen atoms. 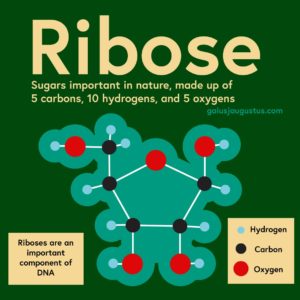 The other part of the backbone is a sugar, called a RIBOSE.  These sugars are important to all life because of their key role in our genetic material.  The ribose in DNA are made up of 5 carbons, 10 hydrogens, and 5 oxygens placed in a pentagon.

Together, the alternating sugar-phosphate pattern creates the distinctive twirl of the DNA double helix. 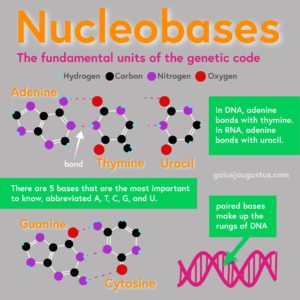 But what makes up the rungs of the ladder?  This is where the DNA CODE comes in.  There are four basic units of our genetic code: Thymine, Adenine, Guanine, and Cytosine.  For short, we often call them T, A, G, and C.

Made up of carbon, nitrogen, and oxygen atoms, TAGC are referred to as Nucleobases, or just bases for short.  You have over 3 billion bases in your DNA, all an important part of your genetic code.

But there is one exception to this rule.  The DNA sits in a protected part of the cell, so to get instructions to the rest of the cell, a messenger molecule has to be used.  It’s a lot like DNA, but not exactly.  We call it RNA (ribonucleic acid).  One big difference is that RNA doesn’t have Thymine.  Instead it has a slightly altered version of Thymine, called Uracil.  In RNA, adenine will only bond to uracil.

Together, your entire genetic code is held on a group of molecules of DNA in every almost cell in your body.  The twists of the DNA ladder are important for every process inside your cell, so it’s important to make sure the structure is stable.  This double helix structure with the backbone and nucleobase pairs is very stable, making DNA a great way to store and share genetic material for the long term.

Two basic skills are needed to make infographics: simplifying science and artistic skills. In this post, we talk about how to get started on each.

Would you believe it if I told you that you and I, the ground we walk on, the sun, and everything else is made of the same things?  We are all composed of atoms.  Atoms are the smallest thing that exists that gives a substance its chemical properties.  Atoms are made of two main parts….

In a previous post, I talked about academia not being designed for people who have depression, anxiety, etc to succeed.  I also spent some time talking about imposter syndrome. This particular post is the second in a series about careers other than being a research advisor (PI) or even being a researcher in industry. Part 2 in a 3 part series.

Ready to start drawing in Adobe Illustrator? Take a look at the new tutorial on how to use ALL the shape tools. 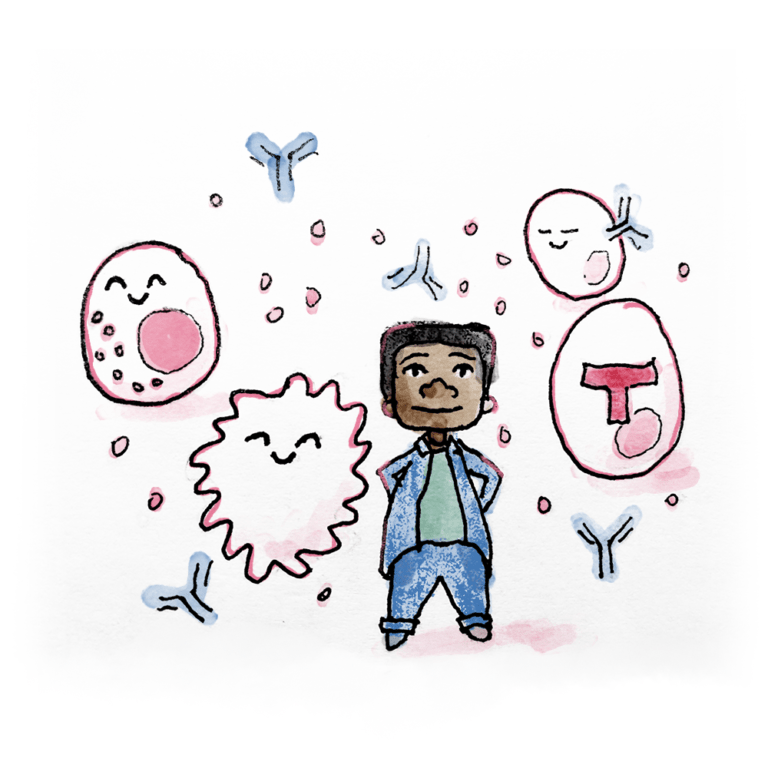 “How Can I Strengthen My Immune System?”Learn how I created the character for this course, and imagined Dave becoming an immune system “hero”!