What is a pipeline?

In high school, I decided I would become an artist.  I was pushed to go to college by family and school.  And because I didn’t know how to do it any other way, I did what I was told.  I went to a school that was close by with a good name (at least I thought so at the time).  It was private (AKA very expensive).  I had several scholarships which would have covered the full cost of a public university, but didn’t touch the tuition of this school.  If you want to succeed, I thought, you have to go to the best you can.  This university fit my special needs at the time.

Two years into my art university career, actual professors lectured us on why paying for an expensive private art school won’t get you a higher paying job in art.  I was upset and didn’t understand at all how that could be true.  I’m not sure they realized why that was, and if they did, they never told us.  But now, it seems somewhat clear.  Though my university taught me great skills in my chosen art path (film & television), the reason that it wouldn’t result in better pay was that the university ignored the pipeline, that sequence of steps we take to get into a certain job.

The pipeline to an aspiring artist to an artist with a job:

The university completely missed the mark on how to get from “I have the skills” to “I have a job”.  In other words, they made no effort to teach us about the pipeline or get us connected to internships or jobs to further our career.

The pipeline at my art university:

My last year at that university, I remember sitting with several film scripts, upset because I had no idea how to pitch them or to whom.  I was an amazing editor, but had no idea how to find an editing job.  The internet back then wasn’t what it is now.  Now, I’d just Google it.  And maybe I’d find some information on the pipeline (how to get to a job from where I was).  But I wouldn’t get what most people need, an “in”.

In my mind, all pipelines are simply “in”s.  They are systems (intentional or unintentional) that are set up to get you from one place to another as easily as possible.

Growing up, the only pipeline I ever heard about was the “school-to-prison pipeline”, essentially a way to get poor (mostly people of color) out of the community and into prison, a simple solution for white-washing a nation.

But a pipeline that could get me a job?  I’d never heard of such a thing. 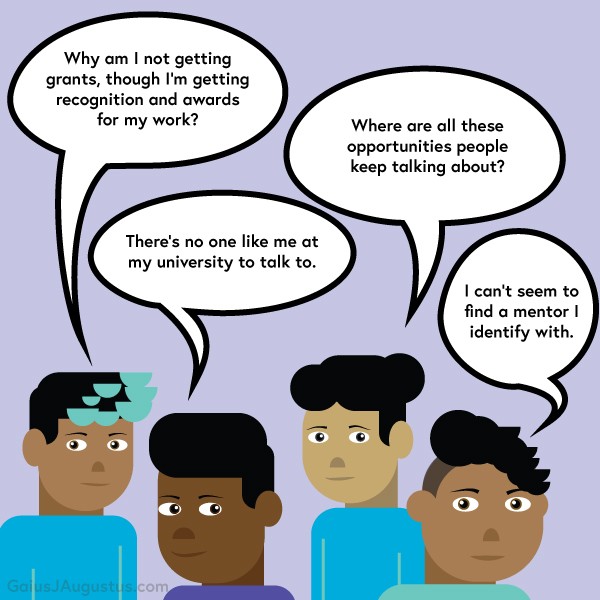 It was just in the past year at a conference for health disparities that I sat in a room with other minority students (mostly racial minorities) and heard about the pipeline to get young students to professorships.  There were some great topics discussed, and certainly addressed some fears that I had but hadn’t known where to express them.

And it’s hard to keep going when others don’t want to acknowledge that these problems exist.

Let’s take a moment to consider this pipeline in the scientific world. 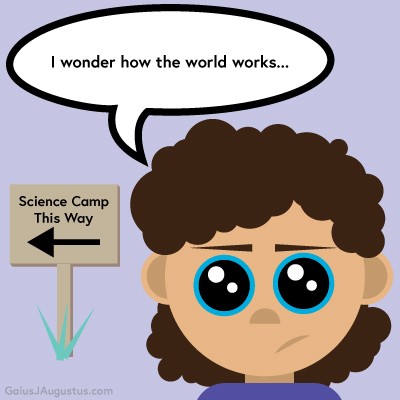 In my program (Cancer Biology), it’s not rare to hear that someone has wanted to be a scientist for a very long time.  Someone they knew got cancer; someone famous had cancer; they wanted to be a doctor but somehow came across research (or didn’t get into med school).

My undergraduate mentor told me that he’d wanted to be a scientist since he was 8, when he saw Carl Sagan’s Cosmos.

An alarming number of people I meet in science have parents or grandparents who were scientists or went to summer programs or high school research opportunities or other youth science events that got them access to possible mentors or at least some knowledge about where to turn to next.

But imagine going to an inner-city school, having horrible science teachers, going to a community college, being a first-generation college graduate, or just plain not thinking about going into later in life.  Think about all the opportunities not available to those people.

It already puts them behind.

It’s up to the scientific community to reach out to those people and create opportunities to bring them into science. 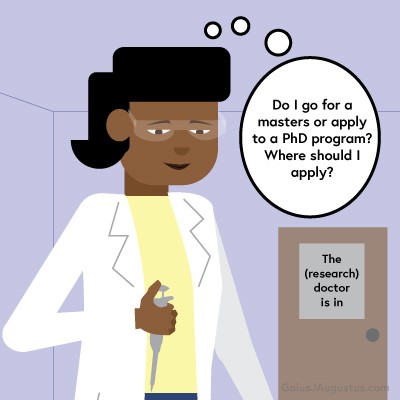 Working in a lab doing some science is critical not only to get into a graduate program but also to understand how the scientific process works in real time.  You learn some of the necessary skills and earn ac-cred (like street cred, but for academia?) that you can list off on some resume or CV.

But just as important is learning about the pipeline itself.  It can help you answer important questions about your future as a scientist…if you have a mentor that is willing to spend the time to teach you.

I was very lucky.  I was at a small university with not many undergraduate opportunities for research.  Yet I was able to work in two labs and get great mentorship the PIs (Principal Investigators) and a post-doc.  I felt like I was imposing at the time, but now wish I had asked for even more help.

Now that I’m in a PhD program, I face different issues.  Finding a mentor that I feel shares my experiences and values, as well as general research field, has been challenging.  I’ve done my best to push through this, but it definitely makes things seem lonely and frustrating.  However, I’ve heard many stories of people finding great mentors who DO share all of these things and who are able to really flourish because of it.

We must be aware of how important this is and intentionally create a more diverse scientific community.

Every time someone graduates, I ask where they’re headed next.  Whether that’s a post-doc or an industry job, when I ask how they found it, I almost always hear the same thing: “I met someone who…”  Sometimes they met them at a conference, sometimes the connection was made at their university (like an invited speaker), and other times their PI connected them to the opportunity.  But it astonishes me how seldom the opportunity is achieved just by sending in a CV or resume.

I worked in retail for 7 years, and there…things work a little differently.  You just put in 100 applications wherever you can and hope you get a few interviews.  You improve your situation by either applying to something else or using the pipeline to move up in your company.

But the film industry, like science, was different and feels very social-based.  It wasn’t just being talented; it was knowing the right people.  Science often feels that way, although at least I have some publications to get me more ac-cred.

I truly believe it’s a pivotal part of the pipeline.

Where the pipeline breaks down

Because of the nature of a pipeline, there is a linear progression that branches very minimally.  If we wish to deviate from it, we have to create our own opportunities.  This is where I am right now.

It would be “easy” to stay in the pipeline.  Go get a post-doc doing cancer bioinformatics.  Keep doing post-docs until I can get a professorship.  Or alternately, going into industry.  Because all the tools necessary are being given to me today, this is tempting.

But because of issues I’ve expressed elsewhere, I’m not sure that this pipeline is right for me.  It wouldn’t be the first time I’ve taken an unconventional path that I had to build myself (my undergraduate degree was in “Integrative Studies”, a build-your-own degree program).  But it’s always a big decision to deviate and can be risky as well.  I’m still trying to figure all this out.

How did you navigate the pipeline?  Are you currently trying to figure out how to get into science or which track to take as a scientist?  Do you know of some great opportunities?   Please share in the comments

A PhD geologist and entrepreneur shares her story about how data inspires her to create unique science fashion pieces.

Your codebook of DNA holds all the instructions needed to make your cells function.  Each unit of instruction comes in the form of a GENE, a sequence of DNA that encodes for a trait. A given location (also called a locus) on a chromosome is home to a particular gene, which encodes for a particular…

In science, we fail all the time. But we don’t talk about it nearly as much. Here’s what you need to know about failure in science.

Cells can enter a dormant state called quiescence, and dormant cancer cells are resistant to chemotherapy and other treatments. A team led by UA Cancer Center researcher Guang Yao, PhD, has identified ways to regulate cell dormancy and “wake” these cells from their “slumber” to make them susceptible to cancer treatments.