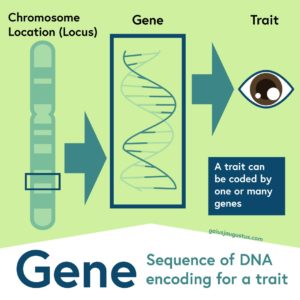 Your codebook of DNA holds all the instructions needed to make your cells function.  Each unit of instruction comes in the form of a GENE, a sequence of DNA that encodes for a trait.

A given location (also called a locus) on a chromosome is home to a particular gene, which encodes for a particular trait.  But traits aren’t always controlled by just one gene.  Many traits have more than one gene that controls them. 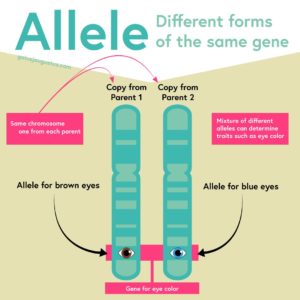 Most genes have several different forms, each a different ALLELE.  Sometimes they differ just at one or a few bases (DNA letters).  Others have very different code.  You get one copy of your DNA from each of your parents.  For example, you may get the brown eye allele from one parent and the blue eye allele from the other.

The combination of alleles can affect traits, as some are dominant over others. 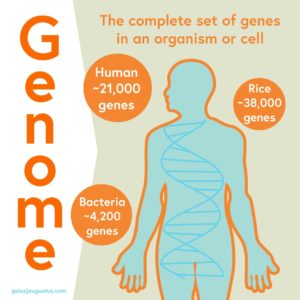 There’s a name for your entire DNA codebook; it’s GENOME.  Your genome is your complete set of genes that exist in each of your cells.

The number of genes in an organism can vary widely.  For example, some bacteria only have about 4,200 genes.  Humans have about 21,000 genes.  But we’re nowhere close to having the most!  Rice actually has about 38,000 genes in its genome!

You’ve decided to make an infographic. But what size should you make it? Here, I answer some of the most common questions I get about infographic size.

Animation can help explain your science with step-by-step presentation and motion. Here are 5 ways to integrate animation into your presentations and social media.

So, you’ve got a complex topic to explain and don’t know where to start? Or perhaps you’re already off to a great start, but could use some guidance. This post is all about how to communicate complex topics in simple ways.

I recently shared what my day as a PhD student is like on Twitter. From fixing error messages to eating “grown-up” lunches, I think you’ll find that the grad school life is a bit different from what you might think. I’ve collected all the tweets in a Twitter Moment. Enjoy!   A Day as a…